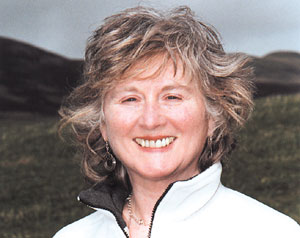 In 1976 when Alison McMorland released her first solo album “Belt wi’ Colours Three” as part of Tangent’s series of recorded Scottish traditional music, she was already a household name within the folk revival. Hamish Henderson hailed her as “one of the principal modern interpreters of an ancestral ballad singing tradition who unites scrupulous traditional fidelity with versatile and creative artistry.” And Dick Gaughan in reviewing the album said, “She sings with as much authority and experience as singers decades her senior … she is, in her field, one of the greatest singers to emerge and her importance cannot be too greatly stressed.” High praise indeed for such a young singer!

On the traditional performance side, Alison would say herself that the start of her public singing productivity began in earnest when she won the women’s traditional singing trophy at Kinross Folk Festival in 1971. Judged by Sheila Stewart, who had been the previous year’s winner (and before her Lizzie Higgins and Belle Stewart). The award gave her immediate recognition. But even more important was the fact she was spotted by Hamish Henderson who at this point took her under his wing. Hamish encouraged her to explore in the deepest possible way the richness of Scots songs. He made available the School of Scottish Studies archives and introduced her to such luminaries as Lucy Stewart, Jane Turriff and Betsy Whyte. As Alison says, “He’s a giant of a man. I owe an immense amount to him.”